focuses too much on anti-communist counterinsurgency, rather than on more general tactics Þ—«¡… «· ÞÌÌ„ »√þ„·Â

«·’ðÕ… 30 - Armed struggle is the main form of the fight for national liberation in many colonies and semicolonies. This is the basic way followed and practiced in China by the Chinese people in winning their victory. This way is the way of Mao Tse-tung, and it may also be the basic way for winning emancipation by the people of other colonial and semicolonial countries where similar conditions prevail.˛
ŸÂ— ðÌ 8 „‰ «·þ » „‰ 1956-2006
«·’ðÕ… 30 - It is necessary to set up wherever and whenever possible a national army ïwhich is led by the Communist Party, and is powerful and skillful in fighting the enemies.˛
ŸÂ— ðÌ 36 „‰ «·þ » „‰ 1928-2006
«·„“Ìœ
«·’ðÕ… 29 - ... 2. This nation-wide united front must be led by and built around the working class, which opposes imperialism most resolutely, most courageously, and most unselfishly, and its party, the Communist party, with the latter at its center. It must not be led by the wavering and compromising national bourgeoisie or the petty bourgeoisie and their parties.˛
ŸÂ— ðÌ 13 „‰ «·þ » „‰ 1954-2006
«·’ðÕ… 29 - In order to enable the working class and its party, the Communist Party, to become the center for uniting all the forces throughout the country against imperialism, and to competently lead the national united front to victory, it is necessary to build up through long struggles a Communist Party which is armed with the theory of Marxism-Leninism, which understands strategy and tactics, practices selfcriticism and strict discipline, and is closely linked with the masses.˛
ŸÂ— ðÌ 17 „‰ «·þ » „‰ 1954-2006
«·’ðÕ… xi - The laws of war are a problem which anyone directing a war must study and solve. The laws of revolutionary war are a problem which anyone directing a revolutionary war must study and solve. The laws of China's revolutionary war are a problem which anyone directing China's revolutionary war must study and solve.˛
ŸÂ— ðÌ 21 „‰ «·þ » „‰ 1954-2006
«·’ðÕ… 29 - The path which led the Chinese people to victory is expressed in the following formula: (1) The working class must unite with all other classes, political parties, and around organizations and individuals who are willing to oppose the oppression of imperialism and its lackeys, form a broad and nationwide united front and wage a resolute fight against imperialism and its lackeys.˛
ŸÂ— ðÌ 18 „‰ «·þ » „‰ 1956-2006
«·’ðÕ… 6 - Moreover, disorder ó the normal state of nature ó is cheap to create and very costly to prevent. The insurgent blows up a bridge, so every bridge has to be guarded; he throws a grenade in a movie theater, so every person entering a public place has to be searched.˛
ŸÂ— ðÌ 5 „‰ «·þ » „‰ 1970-2006
«·’ðÕ… 2 - Because of its clandestine nature, a plot cannot and does not involve the masses. Although preparations for the plot may be long, the action itself is brief and sudden. A plot is always a gamble (the plot against Hitler in 1944; the plots in Iraq against King Faisal and Nuri al-Said in 1958, and against Kassem in 1963). On the other hand, an insurgency is a protracted struggle conducted methodically, step by step, in order to attain specific intermediate objectives leading finally to the overthrow...˛
ŸÂ— ðÌ 5 „‰ «·þ » „‰ 1988-2008
«·’ðÕ… 4 - ... where he has a better chance to balance the physical odds against him. The population represents this new ground. If the insurgent manages to dissociate the population from the counterinsurgent, to control it physically, to get its active support, he will win the war because, in the final analysis, the exercise of political power depends on the tacit or explicit agreement of the population or, at worst, on its submissiveness.˛
ŸÂ— ðÌ 4 „‰ «·þ » „‰ 1977-2008
√Þ·

DAVID GALULA (1919-1967) was born to French parents in Tunisia and raised in Morocco, earning his baccalaureat in Casablanca and attending the military academy at Saint-Cyr. Graduated on the eve of World War II, he saw action in North Africa, Italy, and France. An officer of the marine infantry in the old colonial army, he was assigned to China and also served with the United Nations as a military observer in Greece and military attache in Hong Kong. Colonel Galula was stationed in Algeria at the time of the revolt by the French army. Shortly before retiring he wrote Counterinsurgency Warfare: Theory and Practice, while in residence at the Center for International Affairs, Harvard University. 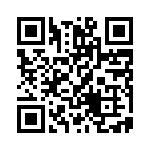