Growing up with a dream is a beautiful thing, having that dream come true is even more beautiful; this is the case for Maher Asaad Baker. Maher has been building up his career since his teens, starting by developing applications and websites while exploring various types of media creating paths. Today he is one of the most recognized graphic designers and visual artists.

Maher started his career in 1997 with a dream of being one of the well-known artist in the world, at his first year in the university he discovered the world of digital graphics which was evolving side by side with the revolution of the computer programming, with all this new technologies he started teaching himself programming and digital drawing which was a very slow and costly process yet a very useful experience.

To support his dream he started developing software to individual customers which was a time consuming process, finally he had to leave the university to follow his dream, he started his first programming team that worked on developing commercial software's, while he moved on studying digital drawing and visual effects which was a long term process. 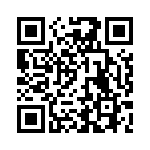