Unlike Wm. Manchester; Karnow really dislikes Douglas MacArthur. Very good book of the History of the Philippines from the spanish to the 1980s Once again(should I say as always) the U.S. goes plowing in insulting the local culture and the native population. Us Americans must be very slow learners ŢŃÇÁÉ ÇáĘŢííă ČĂßăáĺ

For anyone interested in American and Philippine history, this book is not to be missed. The author, journalist Stanely Karnow lived through some of that history. While on assignment in the ... ŢŃÇÁÉ ÇáĘŢííă ČĂßăáĺ

Stanley Karnow was born in Brooklyn, New York on February 4, 1925. During World War II, he served in the Army Air Force. He received a bachelor's degree from Harvard University in 1947. After graduating, he sailed for France intending to spend the summer, but he stayed for a decade. He studied politics at the University of Paris in 1948-1949, and from 1950 to 1957 was a Paris correspondent for Time magazine. He was an Asian correspondent for Time-Life from 1959 to 1962, The London Observer from 1961 to 1965, The Saturday Evening Post from 1963 to 1965 and The Washington Post from 1965 to 1971. He was a diplomatic correspondent for The Washington Post in 1971 and 1972, and a special correspondent for NBC and an associate editor of The New Republic from 1973 to 1975. He was a columnist for King Features from 1975 to 1988, wrote for the French newsweekly Le Point from 1976 to 1983 and for Newsweek International from 1977 to 1981. His first book, Southeast Asia, was published in 1962. He also wrote Mao and China: From Revolution to Revolution and Paris in the Fifties. Vietnam: A History was published in 1983 and resulted in a 13-hour PBS documentary entitled Vietnam: A Television History. In Our Image: America's Empire in the Philippines was published in 1989 and won the 1990 Pulitzer Prize for history. It resulted in a three-part PBS documentary entitled The U.S. and the Philippines: In Our Image. He was also a co-author of or contributor to books based on his years in Asia, including Asian-Americans in Transition, Passage to Vietnam, Mekong, and Historical Atlas of the Vietnam War. He died of congestive heart failure on January 27, 2013 at the age of 87. 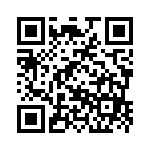