Steven A. Cook is a Douglas Dillon Fellow at the Council on Foreign Relations. 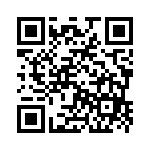