Shop for Books on Google Play

Browse the world's largest eBookstore and start reading today on the web, tablet, phone, or ereader.

What people are saying - Write a review

Really, when I think about it, it's almost TOO clearly written. Read full review

Review: The Structural Transformation of the Public Sphere: An Inquiry Into a Category of Bourgeois Society

If you like terrible writing, but provocative thinking and concepts, this book is for you--it also helps if you are interested in the public sphere or discourse in any way. This reading is a required keystone of any inquiry into "the public." Read full review

Other editions - View all

References to this book

J³rgen Habermas is Professor Emeritus of Philosophy at the University of Frankfurt and Professor of Philosophy at Northwestern University. He was recently awarded the 2004 Kyoto Prize for Arts and Philosophy by the Inamori Foundation. The Kyoto Prize is an international award to honor those who have contributed significantly to the scientific, cultural, and spiritual betterment of mankind.

Jurgen Habermas is a German sociologist who studied at the universities of Gottingen, Zurich, and Bonn. He taught at Frankfurt am Main, Marburg, and Heidelberg before becoming professor of philosophy at the University of Frankfurt. His works, widely translated, have made him one of the most influential social theorists of our time. Habermas is considered by some to be an intellectual heir to Max Weber and what has been called the Frankfurt School. His work has centered mainly on the role of communication and technology in changing patterns of social relations, human activity, and values. An outspoken advocate of the Enlightenment and a champion of reason, he has also cautioned that the technical rationality associated with modern capitalism often functions as ideology and may stand in the way of human progress. 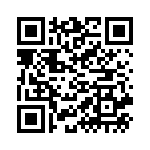