Stanley Meisler was born in Bronx, New York on May 14, 1931. He received a bachelor's degree in English from the City College of New York in 1952 and took graduate courses in English literature at the University of California, Berkeley. He became a reporter for The Middletown Journal in Ohio in 1953. He joined The Associated Press a year later and covered the Rev. Dr. Martin Luther King Jr.'s march on Washington in 1963 for them. In 1964, he was hired as a deputy to Charles Peters, at the time the director of the Office of Evaluation and Research at the Peace Corps. He joined The Los Angeles Times in 1967. He wrote several books including United Nations: The First Fifty Years, Kofi Annan: A Man of Peace in a World of War, When the World Calls: The Inside Story of the Peace Corps and Its First Fifty Years, and Shocking Paris: Soutine, Chagall and the Outsiders of Montparnasse. He died from heart failure on June 26, 2016 at the age of 85. 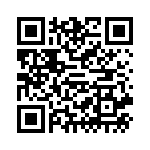