ÇáŐÝÍÉ 2
... of the Congress of the United States , entitled , “ An Act for the encouragement of Learning , by securing the copies of Maps , Charts , and Books , to the Authors and Proprietors of snch copies during the times therein mentioned .
ÇáŐÝÍÉ 3
CONTENTS OF VOLUME I. 5 9 11 15 24 33 45 69 82 92 Advertisement to the first American edition Advertisement to the first English edition The Author's Account of Himself . The Voyage Roscoe The Wife Rip Van Winkle ... , English Writers ...
ÇáŐÝÍÉ 5
Washington Irving. TO Sir WALTER SCOTT , BART . THIS WORK IS DEDICATED , IN TESTIMONY OF THE ADMIRATION AND AFFECTION OF THE AUTHOR . N 1 ADVERTISEMENT TO THE FIRST AMERICAN EDITION . The.
ÇáŐÝÍÉ 9
The author is aware of the austerity with which the writings of his countrymen have hitherto been treated by British critics ; he is conscious , too , that much of the contents of his papers can be interesting only in the eyes of ...
ÇáŐÝÍÉ 10
... he solicits for them that courtesy and candour which a stranger has some right to claim who presents himself at the threshold of a hospitable nation . February , 1820 . THE AUTHOR'S ACCOU OF HIMSELF . I am of this X ADVERTISEMENT .
ÇáĘÇáíÉ »

4-5 Stars for Rip and Ichabod, 3 or less for most of the other fiction. Early in the book, Irving offers maybe the first literary mention of throwing shade: (talking about "great men") "I have mingled ... ŢŃÇÁÉ ÇáĘŢííă ČĂßăáĺ

4 stars for Rip Van Winkle and Sleepy Hollow. The rest are skippable, they read like the kind of op-ed that spawns lots of other op-eds and blog posts disagreeing with each other. ŢŃÇÁÉ ÇáĘŢííă ČĂßăáĺ

ÇáŐÝÍÉ 49 - Rip Van Winkle, however, was one of those happy mortals, of foolish, well-oiled dispositions, who take the world easy, eat white bread or brown, whichever can be got with least thought or trouble, and would rather starve on a penny than work for a pound. If left to himself, he would have whistled life away in perfect contentment ; but his wife kept continually dinning in his ears about his idleness, his carelessness, and the ruin he was bringing on his family.ţ
ĘŮĺŃ Ýí 316 ăä ÇáßĘČ ăä 1821-2008
ÇáŐÝÍÉ 55 - What seemed particularly odd to Rip was, that though these folks were evidently amusing themselves, yet they maintained the gravest faces, the most mysterious silence, and were, withal, the most melancholy party of pleasure he had ever witnessed. Nothing interrupted the stillness of the scene but the noise of the balls, which, whenever they were rolled, echoed along the mountains like rumbling peals of thunder.ţ
ĘŮĺŃ Ýí 356 ăä ÇáßĘČ ăä 1803-2008
ÇáăŇíĎ
ÇáŐÝÍÉ 57 - ... came tumbling in a sheet of feathery foam, and fell into a broad deep basin, black from the shadows of the surrounding forest. Here, then, poor Rip was brought to a stand. He again called and whistled after his dog ; he was only answered by the cawing of a flock of idle crows, sporting high in air about a dry tree that overhung a sunny precipice ; and who, secure in their elevation, seemed to look down and scoff at the poor man's perplexities.ţ
ĘŮĺŃ Ýí 313 ăä ÇáßĘČ ăä 1819-2008
ÇáŐÝÍÉ 50 - ... and all-besetting terrors of a woman's tongue ? The moment Wolf entered the house his crest fell, his tail drooped to the ground, or curled between his legs, he sneaked about with a gallows air, casting many a sidelong glance at Dame Van Winkle, and at the least flourish of a broomstick or ladle he would fly to the door with yelping precipitation.ţ
ĘŮĺŃ Ýí 386 ăä ÇáßĘČ ăä 1803-2008
ÇáŐÝÍÉ 52 - ... cliffs and scarcely lighted by the reflected rays of the setting sun. For some time Rip lay musing on this scene; evening was gradually advancing; the mountains began to throw their long blue shadows over the valleys; he saw that it would be dark long before he could reach the village, and he heaved a heavy sigh when he thought of encountering the terrors of Dame Van Winkle. As he was about to descend, he heard a voice from a distance, hallooing, "Rip Van Winkle! Rip Van Winkle!ţ
ĘŮĺŃ Ýí 284 ăä ÇáßĘČ ăä 1824-2008
ÇáŐÝÍÉ 62 - A tory! A tory! A spy! A refugee! Hustle him! Away with him!" It was with great difficulty that the self-important man in the cocked hat restored order; and, having assumed a tenfold austerity of brow, demanded again of the unknown culprit, what he came there for and whom he was seeking. The poor man humbly assured him that he meant no harm, but merely came there in search of some of his neighbors who used to keep about the tavern. "Well, who are they? Name them.ţ
ĘŮĺŃ Ýí 290 ăä ÇáßĘČ ăä 1803-2008
ÇáŐÝÍÉ 54 - As they ascended, Rip, every now and then, heard long rolling peals, like distant thunder, that seemed to issue out of a deep ravine, or rather cleft between lofty rocks, toward which their rugged path conducted.ţ
ĘŮĺŃ Ýí 225 ăä ÇáßĘČ ăä 1819-2008
ÇáŐÝÍÉ 13 - gainst that season comes Wherein our Saviour's birth is celebrated, The bird of dawning singeth all night long : And then, they say, no spirit dares stir abroad; The nights are wholesome ; then no planets strike, No fairy takes, nor witch hath power to charm, So hallow'd and so gracious is the time.ţ
ĘŮĺŃ Ýí 1162 ăä ÇáßĘČ ăä 1772-2008
ÇáŐÝÍÉ 45 - WHOEVER has made a voyage up the Hudson, must remember the Kaatskill mountains. They are a dismembered branch of the great Appalachian family, and are seen away to the west of the river, swelling up to a noble height, and lording it over the surrounding country.ţ
ĘŮĺŃ Ýí 192 ăä ÇáßĘČ ăä 1819-2008
ÇáŐÝÍÉ 2 - IDE, of the said District, hath deposited in this office, the title of a book, the right whereof he claims as proprietor, in the words following, to wit : " Inductive Grammar, designed for beginners. By an Instructer." In conformity to the act of the Congress of the United States...ţ
ĘŮĺŃ Ýí 774 ăä ÇáßĘČ ăä 1801-2007
ĂŢá 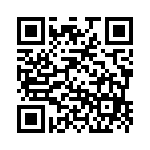