«Š’›Õ… 133
I do think , however , there is more importance in his further submission that when this contract was entered into , it was , not a contract for a fixed period subject to renewal , but a contract for an indeterminate period to which an ...
«Š’›Õ… 308
At this G stage it may have been thought unnecessary further to enlighten the court . Later , perhaps , more might have been revealed with advantage . The affidavit of the respondents ' solicitor , though irregular in form , since the ...
«Š’›Õ… 896
HELD , further , that , while the order should be as precise as possible , on the construction of s . 20 ( 3 ) there was no jurisdiction in the court to specify the form in which the information must be given 896 ( Vol . 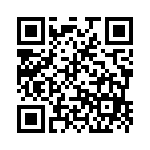