Richard S. Kennedy (1920-2003) was a professor emeritus of English at Temple University, the biographer of Thomas Wolfe and E. E. Cummings, and the author or editor of numerous other literary works, including Literary New Orleans: Essays and Meditations and Welcome to Our City, by Thomas Wolfe. 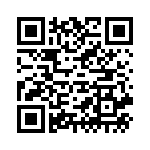