«·’ıÕ… 108
Section 35 ( 1 ) of the Act is in these terms : ì The Act of 1920 shall not apply to a dwelling - house which consists , and consists only , of premises falling within either of the following paragraphs , that is to say , óa ) separate ...
«·’ıÕ… 374
The plaintiff , Arthur James Silsby , by originating summons sought foreclosure of premises known as 124 , Manners Road , Southsea , in the City of Portsmouth , the subject of a mortgage and a further charge dated respectively Nov.
«·’ıÕ… 534
As A hereinafter appears , I have come to the conclusion that during that period goodwill did become attached to the premises which , but for the offer of a new tenancy , would have entitled the applicants to compensation , but I do not ... 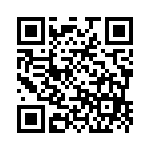