Catherine A. Welch is an award-winning author with more than 20 books to her credit and is a writing instructor with the Institute of Children's Literature. Elementary teachers have found her two short historical fiction books especially useful in the classroom. A teaching strategy for her book, Clouds of Terror, an NCSS/CBC Notable Children's Trade Book in the Field of Social Studies, appeared in Instructor (October 1995). A four-day lesson plan for Danger at the Breaker, her book praised by School Library Journal and Booklist, appears at teachers.net. While many of her works are biographies and history books, her writing credits include several science books. She has degrees in biology and biochemistry, and enjoys giving writing workshops to children and teachers. 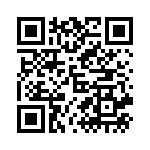