«·’ðÕ… 61
gion , and every other virtue that may be acquired by long practice or infused by divine grace.99 According to Tasso , the mind painting ideas of virtue in the soul , from the pattern of images in the poem before it , is engaged in a ...
«·’ðÕ… 66
ì Zoroastes , Hermes Trismegistus , Orpheus , Aglaophemus , Pythagoras , Eumenius , Hammonius , Plutarch , Porphyrius , Timeus , Locrus " all believed in the divine nature , creation , and unity of the soul and its independence of ...
«·’ðÕ… 130
Though the radical sects of the seventeenth century often met with intolerance and abuse , as Hill's books have demonstrated , their claims to divine inspiration were also given some serious examinations . 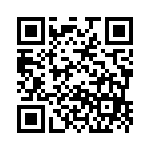