ÇáŐÝÍÉ 231
3 , 1949 , the wife's complaint was dismissed . Shortly afterwards the wife fitted a Yale lock to her room to B keep the husband out and to prevent him eating his meals in there , telling him that if he would not have her she would not ...
ÇáŐÝÍÉ 330
I , therefore , agree that the appeal should be dismissed . LORD TUCKER : My Lords , for the reasons which have been stated by my noble and learned friend , LORD MORTON OF HENRYTON , I agree that this appeal should be dismissed .
ÇáŐÝÍÉ 784
I am , therefore , of opinion that her action was rightly dismissed , D and for the above reasons and those stated by my brethren I agree that this appeal must fail . I agree , further , that the cross - appeal for rectification should ... 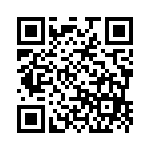