I liked most of the Gies' books I have read- at this is no exception. A fascinating and useful introduction to the source material revealing Medieval Women in every guise. Perhaps it will serve to ... Þ—«¡… «· ÞÌÌ„ »√þ„·Â

Joseph Gies was born on October 8, 1916 in Ann Arbor, Mich and attended the University of Michigan and Columbia University. He held jobs with several publishers including Encyclopaedia Britannica, and was editor-in-chief for a division of Doubleday. Gies is best known for several books, such as Life in a Medieval Castle, Life in a Medieval City, and Life in a Medieval Village. These books, written with his wife Frances Carney, explore existence in Medieval times. The works, and his others, are noted for their highly readable, but thorough quality. Topics such as archaeology, government, dining, entertainment, and daily life are presented in fascinating detail. 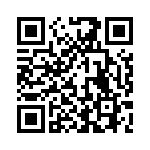