\John Leggett received his Ph.D. in sociology from the University of Michigan. He is the author of Class, Race, and Labor; Race, Class, and Political Consciousness; Taking State Power; Mining the Fields; Farm Workers Fight Back; and is the co-author or editor of several other works. He has published extensively in professional journals, including The American Sociological Review, The American Journal of Sociology, Transaction, and Contemporary Sociology. He is also the 1994 recipient of the Alfred McClung Lee Award. Co-sponsored by the International Sociological Association, Sociological Abstracts confers this distinction upon sociologists who have best combined long term commitment to scholarship and activism. His next work, based on participant observation, 740 interviews, and historical documents, will address worker health and safety surveyed in New Jersey's upper Raritan Valley. Suzanne Malm was born in 1968, a pivotal year in American political and cultural transformation. Her roots are within a moderately traditional family who chose to raise her in the small but quaint middle-class town of Martinsville, New Jersey. She graduated from Rutgers College in 1992 with a Bachelor of Arts degree in English and Sociology. Ms. Malm is a member of Phi Beta Kappa Society as well as the Golden Key National Honor Society. Today she is attending graduate school while working as a junior executive. 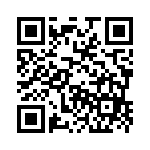