«·’ðÕ… 114
First leading speaker , Mr. Hinton , who treated the mathematics of Plato , finding
in them a principle of Greek ... Second , Mr. H. Farquhar , who considered Plato's
science in general , especially as set forth in the seventh book of the Republic .
«·’ðÕ… 121
Mr. Coleman warmly applauded the conclusions of the paper in general ,
remarking , however , that Plato censured poetry as ... Dr. Sewall discussed the
prohibition of human sympathy , apparently implied in Plato's hard treatment of ì
imitative ...
«·’ðÕ… 123
Plato's attitude toward external religious observance . He cited provisions from
the Republic , and the Laws , which seemed to establish a sort of state church ,
and he inquired how deeply in earnest with them the philosopher was . E.
Farquhar ... 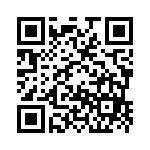