ÇáŐÝÍÉ 347
Dedipus , King of Thebes , a Tragedy , from the Greek of Sophocles : translated
into Profe , with Notes critical , and ... Mr . Clarke professes his having undertaken
this translation by a friend ' s advice , who imagined that such an attempt , if ...
ÇáŐÝÍÉ 360
Translated from the French . 2nd Edit , 2 Vols . 12mo . 6s . Robinsons . 1790 . We
found the firit translation so faulty , that it is with pleasure we see the work again
undertaken by some more competent author . Our prelent tranllator has ...
ÇáŐÝÍÉ 434
He then proceeds to state that , by a fingular fancy , he has attempted to translate
this work into mere Englifh , itudin ously ... and the effect has been to give his
translation an antique and folemn air , very well adapted to a religious treatise . 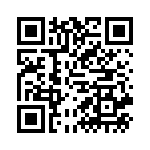