ÇáŐÝÍÉ 105
The principal destination was the United States, with smaller numbers emigrating
to Argentina, Canada, New Zealand, Australia, ... But the number of persons of
Danish birth in the United States is rapidly falling as the large year groups of the ...
ÇáŐÝÍÉ 476
Where a number of establishments are jointly owned, as in the case of chain
stores, each unit is counted separately. ... the handling of agricultural,
horticultural, and fishery products, where there is a large number of small
individual producers.
ÇáŐÝÍÉ 479
have been sited traditionally in residential quarters, those dealing in larger goods
(furniture, carpets, domestic appliances, ... It follows that the large number of
small businesses is a social problem, since distribution is not rationally organized
. 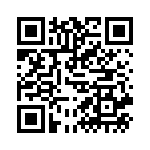