Peter Loptson is Professor of Philosophy at the University of Guelph and also the author of Reality: Fundamental Topics in Metaphysics (University of Toronto Press, 2001). 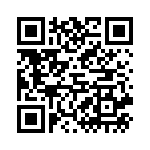