«·’ðÕ… 481
We continued going on thus till night , and when we came to land , and made fires on the banks , each family by themselves ; some dragged their canoes on shore , others stayed and cooked in theirs , and laid in them all night .
«·’ðÕ… 588
Returning to my camp I found it undisturbed , and then continued on to the extreme point of the promontory , where I saw a scene , new and surprising , which at first threw my senses into such a tumult , that it was some time before I ...
«·’ðÕ… 1190
ì Those old men there , shaking their pows , 68 from their pulpits , î continued Captain Delano , pointing to the oakum - pickers , ì seem to act the part of old dominies69 to the rest , little heeded as their admonitions are at times . 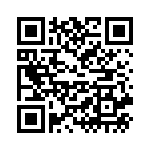