«·’ðÕ… 7 - The very purpose of a Bill of Rights was to withdraw certain subjects from the vicissitudes of political controversy, to place them beyond the reach of majorities and officials and to establish them as legal principles to be applied by the courts.˛
ŸÂ— ðÌ 641 „‰ «·þ » „‰ 1884-2008
«·’ðÕ… 2 - If there is any fixed star in our constitutional constellation, it is that no official, high or petty, can prescribe what shall be orthodox in politics, nationalism, religion, or other matters of opinion or force citizens to confess by word or act their faith therein.˛
ŸÂ— ðÌ 917 „‰ «·þ » „‰ 1798-2008

Samuel Walker is professor of criminal justice at the University of Nebraska Omaha, Omaha, NE. 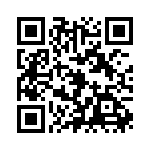