Ūßš▌═╔ 45
The claims of misfortune appeared to have softened down all the ruggedness and prejudices of his heart. St. Aubert unhappy, seemed to be the sole idea that occupied his mind. It was in manners, more than in words, that he appeared to ...
Ūßš▌═╔ 47
Every feature of the edifice, distinguished by an air of heavy grandeur, appeared successively between the branches of the treesŚthe broad turret, the arched gate-way that led into the courts, the drawbridge, and the dry fosse which ...
Ūßš▌═╔ 61
No living creature appeared, except the izard, scrambling among the rocks, and often hanging upon points so dangerous, that fancy shrunk from the view of them. This was such a scene as SALVAT OR would have chosen, had he then existed, ...
Ūßš▌═╔ 85
St. Aubert began to look out for the little town he had been directed to by the people of Beaujeu, and where he meant to pass the night; but no habitation yet appeared. Of its distance Valancourt could not assist him to judge, ...
Ūßš▌═╔ 100
While he was in this state of perplexity, the shepherd himself appeared: his children ran to meet him; he took one of them in his arms, and, with the other clinging to his coat, came forward with a loitering step.
Ūß╩ŪßĒ╔ » 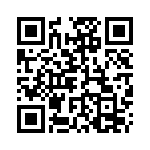