«·’ðÕ… 248
... exposed to a The King was so well pleased with slight degree of fermentation ,
salted , this controversy , that although ... mess called The disputations being
over , the gerout , and bringing it to the king's King withdrew to supper ; after
which ...
«·’ðÕ… 400
This year King Athelstone , the Then the brothers , the king , and the Lord of Earls
, the giver of bracelets Atheling , returned to their country , to the nobles , and his
brother Edmund the West Saxon land . They left bethe Atheling , the elder , the ...
«·’ðÕ… 401
lish nation fell from an apper floor at to King Æthelbert , and they assured Calne ,
excepting the holy Archbishop him that no one was dearer to them Dunstan
alone , who stood upon a beam , than their natural lord . î Here we and some had
... 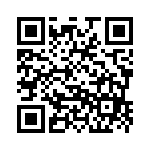