Rupert Brooke was a poet who took a patriotic, somewhat idealized, view of World War I. He was born in Rugby, where his father was headmaster of a house at the elite Rugby School. Blond, athletic, and intelligent, Brooke embodied the English stereotype of the golden youth. After he had studied at the Rugby School, Brooke went on to King's College, where he joined the Apostles, a venerable intellectual club, which counted Alfred Lord Tennyson among its earlier members. In 1911, Brooke published his first collection of poetry titled Poems. His verse moved from fashionably decadent to nearly Georgian, often with a quiet pastoralism that now seems conventional. Brooke joined the Royal Navy Volunteer Reserve in August 1914, served in Belgium, and was sent to Gallipoli with the Hood Battalion but died of blood poisoning en route in the Aegean. He is best remembered for his war sonnets, which idealize both combat and patriotic feelings in a way that other war poets would later react against sharply. 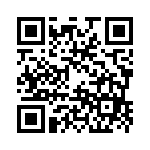