Susan Zlotnick is an associate professor of English at Vassar College. 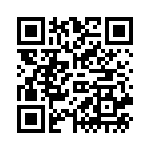