ÇáŐÝÍÉ 216 - December 14, 1962. 49For an illuminating discussion of this point and its relevance for decisions regarding the extent to which NATO should rely on conventional weapons for the tactical defense of Europe, see Bernard Brodie, "What Price Conventional Capabilities in Europe?ţ
ĘŮĺŃ Ýí 11 ăä ÇáßĘČ ăä 1961-1992

JOSEPH LEPGOLD is Assistant Professor of International Affairs and Government at Georgetown University. He has authored articles for Coexistence, Defense Analysis, and The Political Science Reviewer. He is currently working on a book-length manuscript on the United States and the new balance-of-power politics. 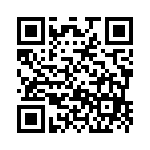