Anna Brownell Jameson, 1794 - 1860 Anna Jameson was born in Dublin, Ireland on May 19, 1794, the eldest child of Denis Brownell Murphy, a miniature painter. In 1798, Anna went with her parents to England leaving behind her two sisters. The family was reunited in 1802, and they moved to London in 1803. Anna became engaged to Robert Jameson, a lawyer, in 1820, but broke the engagement off and left for Italy with the Rowles family as a governess to their daughter Laura. In 1825, she finally married Robert Jameson. She published "The Diary of an Ennuye" (1825), which is a fictitious account of her travels in Italy. It gained her some notoriety when it was revealed that is wasn't completely autobiographical. Her husband took the position as a judge in Dominica in 1829, and she went with her father and Sir Gerard Noel to the Continent because of the failure of her marriage. Anna went to Germany where she became very fond of sculptor Henry Behnes Burlow, who died in the cholera epidemic in 1837. Before his death, Burlow introduced her to Robert Noel, cousin to Lady Byron, who then introduced her to painter Retzsch and the Goethe family. She returned to England when her father became ill and remained there for almost two years. She returned to Canada, in 1836, in an attempt to resume her marriage. In 1837, she made a trip around Lake Huron, which is documented in "Winter Studies and Summer Rambles in Canada." Afterwards, she agreed to a formal separation and, in 1854, her husband died and left his estate to others, leaving Anna with nothing. In 1842, her father died and her mother died in 1854. She now was traveling to Scotland, Ireland, Germany and Italy while working on her series of art histories. "Sisters of Charity" was first introduced as a lecture at the home of her friend Elizabeth Jesser Reid. It was followed by another lecture and publication "The Communion of Labour." A group of Jameson's friends put together an annuity to supplement her income because her health was steadily deteriorating. On March 17, 1860, Anna Brownell Jameson died after a brief illness. Before her death, Jameson destroyed many of her personal letters and papers, but a collection was edited by G.H. Needler and published as "Letters of Anna Jameson to Ottilie von Goethe" in 1939. A smaller collection of letters between Lady Byron and Jameson are held at the Bodleian Library, Oxford. Three other biographies that contain letters in whole or in part are "Memoirs" (MacPherson, 1878), "Letters and Friendships" (Erskine, 1915), and "Love and Work Enough" (Thomas, 1967). 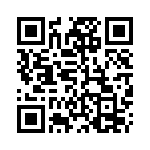