An erudite investigation into the work of the man regarded as the founder of the Scientific Revolution, this volume attempts to tie together Bacon's many writings, not only on science, but also on ... ßîúêè úÃòßÚÚÐ àûÔÐÃÍ

Perez Zagorin is Joseph C. Wilson Professor of History Emeritus at the University of Rochester and a Fellow of the Shannon Center for Advanced Studies at the University of Virginia. He is the author of numerous books, including Rebels and Rulers, 1500-1660; Ways of Lying: Dissimulation, Persecution, and Conformity in Early Modern Europe; and Philosophy, Religion, and Science in England, 1640-1700. 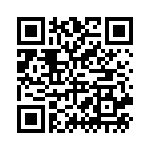