«·’ðÕ… 348
No man ever spake more neatly , more pressly , more weightily , suffered less emptiness , less idleness , in what he uttered . No member of his speech but consisted of his own graces . His hearers could not cough , nor look aside from ... 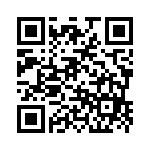