«·’ðÕ… 78
1 ) , had any reference to it , it did not require that Shakespeare should . have
been present in order to have written it , especially when , if necessary , he had
Gascoigne's ì Princely Pleasures of Kenilworth , î and Laneham's descriptive "
Letter ...
«·’ðÕ… 92
The application of the passage to Shakespeare has been much contested , but
the difficulty in our mind is , how the lines are to be explained by reference to any
other dramatist of the time , even supposing , as we have supposed and believe ...
«·’ðÕ… 263
was known that the play , on account of its popularity , had been chosen for
performance before the King . One of these passages seems to have been the
following , which may have had reference to the crowds attending the arrival of
James I. 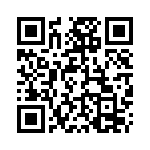