Skillful and prolific pop historian Weintraub (Charlotte and Lionel, 2003, etc.) accompanies The Father of His Country for a few months at the end of 1783. The revolutionary war Washington had ... Þ—«¡… «· ÞÌÌ„ »√þ„·Â

I was drawn to this book because it concentrates on a pivotal time in American history, and on one of my favorite characters in that history. The book illumines Washington's lionization at the ... Þ—«¡… «· ÞÌÌ„ »√þ„·Â

Stanley Weintraub is Evan Pugh Professor Emeritus of Arts & Humanities at Pennsylvania State University. He has written acclaimed works of military history on World Wars I & II. He lives in Boalsburg, Pennsylvania. 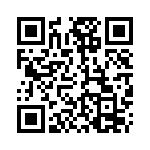