«·’ðÕ… 105
William Gifford, Sir John Taylor Coleridge, John Gibson Lockhart, Whitwell Elwin,
William Macpherson, William Smith, Sir John Murray IV, Rowland Edmund
Prothero (Baron Ernle), George Walter Prothero. as there were sufficient
American ...
«·’ðÕ… 386
In particular , they had been in touch , for this nefarious purpose , with nine British
and Americans . And a favourite idea of these religious traitors had once been a
joint occupation of Bulgaria by American , British , and Russian troops , thus ...
«·’ðÕ… 444
Some little compensation has been secured in the North Atlantic trade through
the shipment of Marshall Aid cargoes, though the United States requires that 50
per cent. of the cargo shipped from within that country shall be carried in
American ... 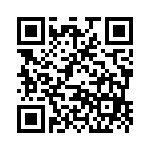