ÇáŐÝÍÉ 83
10 , 1938 , between the respondent and certain named trustees , the respondent
assigned Ł 100 to the trustees , who were directed to invest Ł 98 thereof in
purchasing 98 deferred shares of Ł l each in the Bias Bay Investment Co. , Ltd.
Clause ...
ÇáŐÝÍÉ 88
trustees were required to vote in accordance with the directions of the Phoenix
company , having regard to the fact that that company was controlled by the
persons who were the directors of the respondent company , the trustees , in
effect ...
ÇáŐÝÍÉ 214
Trotter , Leaf & Pitcairn , Morrells ' solicitors A in Bromley , to obtain the signature
of the respondent to the mortgage of the premises by her to the appellants , and
they enclosed the engrossment for that purpose . The respondent , however ... 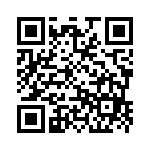