Kirby Farrell is professor of English at the University of Massachusetts, Amherst. His books include Snuff, The American Satan, and Play-Death and Heroism in Shakespeare. 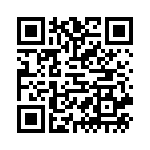