William J. Duiker is liberal arts Professor Emeritus of East Asian studies at The Pennsylvania State University. A former U.S. diplomat with service in Taiwan, South Vietnam, and Washington, D.C., he received his doctorate in Far Eastern history from Georgetown University in 1968, where his dissertation dealt with the Chinese educator and reformer Cai Yuanpei. At Penn State, he has written extensively on the history of Vietnam and modern China, including the highly acclaimed THE COMMUNIST ROAD TO POWER IN VIETNAM (revised edition, Westview Press, 1996), which was selected for a Choice Outstanding Academic Book Award in 1982-1983 and 1996-1997. Other recent books are CHINA AND VIETNAM: THE ROOTS OF CONFLICT (Berkeley, 1987), SACRED WAR: NATIONALISM AND REVOLUTION IN A DIVIDED VIETNAM (McGraw-Hill, 1995), and HO CHI MINH (Hyperion, 2000), which was nominated for a Pulitzer Prize in 2001. He is the author, with colleague Jackson Spielvogel, of WORLD HISTORY (Sixth Edition, Wadsworth, 2010). While his research specialization is in the ?eld of nationalism and Asian revolutions, his intellectual interests are considerably more diverse. He has traveled widely and has taught courses on the history of communism and non-Western civilizations at Penn State, where he was awarded a Faculty Scholar Medal for Outstanding Achievement in the spring of 1996.

Jackson J. Spielvogel is associate professor Emeritus of history at The Pennsylvania State University. He received his Ph.D. from The Ohio State University, where he specialized in Reformation history under Harold J. Grimm. His articles and reviews have appeared in journals such as "Moreana," "Journal of General Education," "Catholic Historical Review," "Archiv f¸r Reformationsgeschichte," and "American Historical Review." He also has contributed chapters or articles to "The Social History of Reformation," THE HOLY ROMAN EMPIRE: A DICTIONARY HANDBOOK, "Simon Wiesenthal Center Annual of Holocaust Studies," and "Utopian Studies." His work has been supported by fellowships from the Fulbright Foundation and the Foundation for Reformation Research. At Penn State, he helped inaugurate the Western civilization course, as well as a popular course on Nazi Germany. His book HITLER AND NAZI GERMANY was published in 1987 (Fourth Edition, 2001). He is the author of WESTERN CIVILIZATION, first published in 1991 (Seventh Edition, 2009). He is the co-author (with William Duiker) of WORLD HISTORY, first published in January 1994 (Sixth Edition, 2010). Professor Spielvogel has won five major university-wide teaching awards. During the year 1988-1989, he held the Penn State Teaching Fellowship, the university's most prestigious teaching award. In 1996, he won the Dean Arthur Ray Warnock Award for Outstanding Faculty member, and in 2000 received the Schreyer Honors College Excellence in Teaching Award. 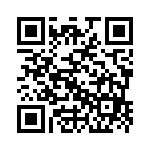