Ūßš▌═╔ 79
It was arranged that the defendants should send the plaintiffs a cheque when
delivery of the goods had been given . No cheque was , however , sent , the
defendants having , meanwhile , come to know of a notice dated the Ilth March ,
1940 ...
Ūßš▌═╔ 128
The result was that evidence of the most terrible character , from the point of view
of the appellant , was given against him , although , in our opinion , that evidence
was inadmissible . How damaging that evidence was may be shown from the ...
Ūßš▌═╔ 166
The learned judge of the forty pounds , ( b ) in the case of a house situate Court of
Passage had given damages to the plaintiff . elsewhere , twenty - six pounds " --
and this was a The appeal was allowed upon the ground , approved house of ... 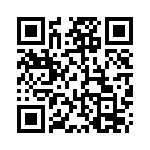