ĒįÕŻĶÉ 106
Then , as the first shock of surprise passed , a dozen schemes for recovering his
property — a perfectly new suit among other things— rushed into his mind , and
were dismissed as quickly . And soon he realized that the possible ways of ...
ĒįÕŻĶÉ 247
Torch and face passed in the zebra moonlight , and did not meet again . But Hero
remained standing , hands behind head , staring into the street . He stood , I think
, for half an hour , until the night wind from the Sound , coolly salt , fluttered his ...
ĒįÕŻĶÉ 321
Many passed with a glance of interest , while many had no thought of it , having
seen it many times before and found nothing of appeal in it , or else were too
much taken up with their own thoughts to give it notice . But there was one who
had ... 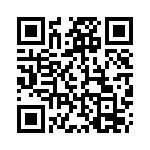