«·’ðÕ… 126
probable explanation of Benton,1 that Congressman Aaron V. Brown of
Tennessee clipped from the Richmond Enquirer a letter on the subject by T. W.
Gilmer, a friend of Calhoun's, and sent it to Jackson, asking what he thought of it
ó the ...
«·’ðÕ… 129
Jackson was asked to save him, and responded with another letter, which first
appeared in the Nashville Union for May 16, and in which he refused to give up
either Van Buren or immediate annexation. He had, however, much to say of the
...
«·’ðÕ… 198
When rumors of the renewal of the annexation movement came to the city of
Mexico in the summer of 1843, President Santa Anna gave notice to the United
States government, in a letter, dated August 23, from Secretary of State
Bocanegra to ... 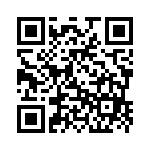