«·’ðÕ… 86
... formed on the perpendicular side of a mountain by some immense rocks ,
which had been thrown together in such a position as , when viewed at a proper
distance , precisely to resemble the features of the human countenance . It
seemed ...
«·’ðÕ… 219
... at an angle of twenty - one degrees of elevation as I could do it by guess , I
moved it cautiously up or down , until my attention was arrested by a circular rift
or opening in the foliage of a large tree that overtopped its fellows in the distance
.
«·’ðÕ… 250
It might have been an hour , or thereabout , after my quitting the smack , when ,
having descended to a vast distance beneath me , it made three or four wild
gyrations in rapid succession , and , bearing my loved brother with it , plunged ... 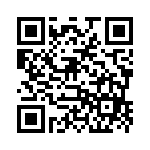