Alison E. Cooley is Reader in Classics and Ancient History at the University of Warwick. She has published extensively on topics relating to Roman epigraphy. She has edited three books and most recently published an edition and commentary on the 'queen of inscriptions', Res Gestae Divi Augusti (Cambridge University Press, 2009). She has taught epigraphy to postgraduates attending the British Epigraphy Society's international summer school, as well as at Oxford and Warwick. She is also a member of the team producing quinquennial survey articles on inscriptions and Roman studies for the Journal of Roman Studies. 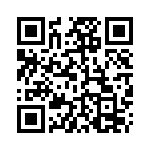