E. Gene Smith was born to a Mormon family in Utah and did his graduate work in Inner Asian Studies at the University of Washington in the early 1960s. He was fortunate to live with and receive teachings from Deshung Rinpoche, the great Tibetan polymath who landed in Seattle in this period. While living in Delhi during his thirty-year career in the Library of Congress, Smith organized the printing of rare Tibetan texts for distribution to U.S. libraries through the United States Public Law 480 program. After postings in Jakarta and Cairo, Gene returned to the U.S. in the late 1990s, where he served as acquisitions editor for Wisdom Publications for three years and founded the Tibetan Buddhist Resource Center (TBRC), the world's most comprehensive collection of Tibetan literature, which is being made available electronically at tbrc.org. Smith passed away in 2010. A documentary about his remarkable life, Digital Dharma, was released in 2012.

A graduate of Harvard University's Department of Sanskrit and Indian Studies (2000), Kurtis R. Schaeffer is a professor in the History of Religions section of the Department of Religious Studies at the University of Virginia and currently serves as chair of the department. Schaeffer's work focuses on the cultural and intellectual history of Tibet. His recent publications include The Culture of the Book in Tibet. Schaeffer is a past co-director of the Tibetan and Himalayan Religions Group in the American Academy of Religion and is currently leading a seminar on ""Religion and the Literary in Tibet"" at the AAR. He also serves as the book review editor for the Journal of the American Academy of Religion. He is the recipient of Fulbright, Ryskamp, and Whiting fellowships.

Jeffrey Hopkins is Professor Emeritus of Tibetan Buddhist Studies at the University of Virginia, where he taught Tibetan Studies and Tibetan language for more than thirty years. He received a BA magna cum laude from Harvard University in 1963, trained for five years at the Lamaist Buddhist Monastery of America (now the Tibetan Buddhist Learning Center) in New Jersey, and received a PhD in Buddhist Studies from the University of Wisconsin-Madison in 1973. From 1979 to 1989 he served as His Holiness the Dalai Lama's chief interpreter into English on lecture tours in the U.S., Canada, Southeast Asia, Great Britain, and Switzerland. He has published more than twenty-five books, including Meditation on Emptiness, a seminal work of English language scholarship on Tibetan Madhyamaka thought, as well as translations of works by Tsongkhapa, Dolpopa, and His Holiness the Fourteenth Dalai Lama. At the University of Virginia he founded programs in Buddhist Studies and Tibetan Studies and served as Director of the Center for South Asian Studies for twelve years. 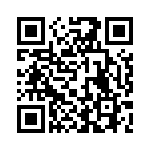