A wench is a rare bait, with which a man No sooner's taken, but he straight firks mad. Funny that firk, it means many things: to both expel and to fuck as well as become or carry. I felt only the ... ŽŃĒĮÉ ĒįŹŽķķć ČĆßćįå

This was an underwhelming play. While it started well, the play did not continue in that fashion. For the amount of effort that is required to read a play that is this old, I do not think it is worth the effort for most readers-- just my opinion. ŽŃĒĮÉ ĒįŹŽķķć ČĆßćįå

Born in 1572, Ben Jonson rejected his father's bricklaying trade and ran away from his apprenticeship to join the army. He returned to England in 1592, working as an actor and playwright. In 1598, he was tried for murder after killing another actor in a duel, and was briefly imprisoned. One of his first plays, Every Man Out of His Humor (1599) had fellow playwright William Shakespeare as a cast member. His success grew with such works as Volpone (1605) and The Alchemist (1610) and he was popular at court, frequently writing the Christmas masque. He is considered a very fine Elizabethan poet. In some anti-Stratfordian circles he is proposed as the true author of Shakespeare's plays, though this view is not widely accepted. Jonson was appointed London historian in 1628, but that same year, his life took a downward turn. He suffered a paralyzing stroke and lost favor at court after an argument with architect Inigo Jones and the death of King James I. Ben Jonson died on August 6, 1637. 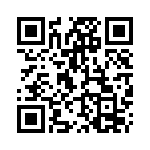