Joan C. Chrisler is Class of 1943 Professor of Psychology at Connecticut College. She has published extensively on gender roles, attitudes toward menstruation and menopause, women's health and embodiment, and other topics. She has edited seven previous books, most recently Lectures on the Psychology of Women (4th ed., 2008, McGraw-Hill) and Women over 50: Psychological Perspectives (2007, Springer). She has served as Editor of Sex Roles and on the Editorial Boards of Psychology of Women Quarterly, Sex Roles, and Teaching of Psychology. Dr. Chrisler is a Fellow of the Association for Psychological Science and the American Psychological Association (Divisions 1, 2, 9, 35, 38, 46, 52).

Donald R. McCreary is an Adjunct Professor of Psychology at Brock University and York University. He has published extensively on gender roles, the psychology of men, and other topics. He has co-edited one previous book, Applied Social Psychology (1997, Prentice Hall). He has served as Associate Editor of Psychology of Men and Masculinity and of the International Journal of Men's Health, and is a member of the Editorial Boards of Sex Roles, Journal of Men's Studies, and Body Image. Dr. McCreary is a Fellow of the American Psychological Association (Division 51). 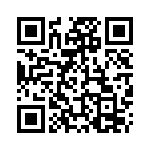