Barry R. Posen is Ford International Professor of Political Science and director of the Security Studies Program at MIT. He is the author of Restraint: A New Foundation for U.S. Grand Strategy, The Sources of Military Doctrine: France, Britain, and Germany between the World Wars (winner of the Furniss Award and the Woodrow Wilson Foundation Award) and Inadvertent Escalation: Conventional War and Nuclear Risks, all from Cornell. 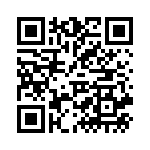