«Š’›Õ… 127
The First Day of Lent , commonly called AshWednesday . The Collect . LMIGHTY
Holy Bibleand everlasting God , who hatest nothing that thou hast made , and
dost forgive the Sins of all them that are penitent ; Create and make in us new
and ...
«Š’›Õ… 156
We are thine : thou never barest rule over them ; they were not called by thy
Name . The Epistie . ó The observation of the early part of this week , sometimes
called the Great Week , as well as Passion Week , is traced back to the earliest
times ...
«Š’›Õ… 708
And Those five commonly called Sacrawhen they be gathered together , ( foras
ments , that is to say , Confirmation , much as they be an assembly of men ,
Penance , Orders , Matrimony , and exwhereof all be not governed with the treme
... 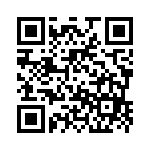