Ūßš▌═╔ 84
Pilate Art thou the King of the Jews ? saith unto them , What shall I And Jesus
said unto him , do then with Jesus , which is Thou sayest . And when he called
Christ ? They all say was accused of the chief unto him , Let him be crucipriests
and ...
Ūßš▌═╔ 103
And Pilate saith seat , in a place that is called unto them , Behold the man . the
Pavement , but in the HeWhen the chief priests there- brew , Gabbatha . And it
was fore and officers saw him , they the preparation of the passcried out , saying
...
Ūßš▌═╔ 171
And of his holy prophets , which it came to pass , that on the have been since the
world beeighth day they came to cir- gan ; that we should be saved cumcise the
child ; and they from our enemies , and from called him Zacharias , after the the ... 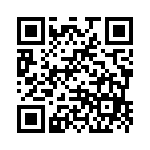