I realize there are space limitations, but... an anthology with this title containing nothing by Peter Beagle, Sprague de Camp, James Branch Cabell, Fletcher Pratt, Fritz Leiber?? ŢŃÇÁÉ ÇáĘŢííă ČĂßăáĺ

Fantasy and Civil War anthologist Thomsen (the pared-down The Civil War Memoirs of Ulysses S. Grant, 2002) turns from that bad idea to perform creditably in amassing this whale-sized anthology that ... ŢŃÇÁÉ ÇáĘŢííă ČĂßăáĺ

Brian M. Thomsen is a Tor Consulting editor who dropped out of pursuing a Ph.D. in English in favor of a career in publishing. He was one of the founding editors of Warner/Popular Library's Questar Science Fiction & Fantasy line, and the editor of C.J.Cherryh's Hugo Award winning novel Cyteen. He has also been a Hugo nominee, has served as a World Fantasy Award judge, and is the author of two novels and numerous short stories for such publishers as Tor, Daw, Ace, TSR, and others.

He was born in the borough of Brooklyn where he currently resides with his wife, Donna, and two talented cats named Sparky and Minx. 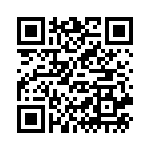