John Arden's is a striking case of the alienation that has overtaken a number of the original "angry" playwrights including Arnold Wesker and John Osborne in an age of subsidized theater and broadly tolerant audiences. Trained as an architect, Arden was one of the Royal Court discoveries. His plays Live Like Pigs (1958) and, particularly, Serjeant Musgrave's Dance (1958), while not initially successes, have become modern classics. Political dogmatism, absorption with Irish problems, and militancy entered Arden's drama in 1967, when he became a full-time collaborator in writing with his wife Margaretta D'Arcy. His own plays-from The Water of Babylon (1957) through Armstrong's Last Goodnight (1964) and Left-Handed Liberty (1965)-are imaginative, often balladlike, and politically inconclusive. Poetic qualities are not altogether absent from his later plays, such as The Island of the Mighty (1972). 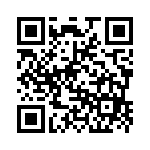