«·’ðÕ… 16
Although the winds are very variable, West and South-west winds are by far the
most prevalent, while calm weather for several days at a stretch is of rare
occurrence. The average annual rainfall is about 600 m. m. f g f " POPULATION
As far ...
«·’ðÕ… 17
Thus the islands have 132, but Jutland only 50 inhabitants per square kilometre.
Of the population of the country in 1921 about 1,807,000 persons, or about 55
per cent., lived in towns; this figure, however, not only includes the population, ...
«·’ðÕ… 19
Among the rural population there are, of course, traders and artisans besides the
farmers, even if the increase in the town population is to some extent due to the
circumstance that a large number of those whose occupation is not of an ... 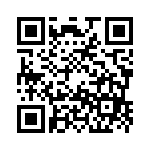