ÇáŐÝÍÉ 31
You know , said the prince , how little my life has made me acquainted with
diversity of opinions : it will be too long to hear the arguments on both sides ; you
, that have considered them , tell me the result . ' . ' Pilgrimage , said Imlac , like
many ...
ÇáŐÝÍÉ 58
... often to an assembly of learned men , who met at stated times to unbend their
minds , and compare their opinions . ... Some were of opinion , that the folly of his
choice had been justly punished by condemnation to perpetual perseverance .
ÇáŐÝÍÉ 110
CHAPTER XLII The opinion of the astronomer is explained and justified ' I
SUPPOSE he discovered in me , through the obscurity of the room , some tokens
of amazement and doubt , for , after a short pause , he proceeded thus : ' ' Not to
be ...

A short, 95 page book that pondered the meaning of life. This was published in 1761 and it is dated with a lot of scientific mumbo-jumbo. Of course, the ending concluded one was unable to ponder the meaning of life. Had this been much longer than 95 pages, I would not have finished it ŢŃÇÁÉ ÇáĘŢííă ČĂßăáĺ

I find it hard to believe that a book this good could be written in a week, but the evidence is before me and I have read it. A strange mix of fairy tale, light philosophy and speculum regis. Smooth ... ŢŃÇÁÉ ÇáĘŢííă ČĂßăáĺ 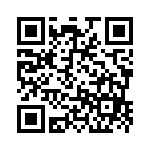